"Paint it Black," the opening track on the Rolling Stones' fourth album Aftermath (1966), is one of the most famous songs by the English rock band, reaching the number one spot in both the Billboard Hot 100 and UK Singles Chart in 1966. Popular for its psychedelic rock sound, the song's dark and mysterious lyrics also contribute to its lasting popularity and intrigue. What is "Paint it Black" about? What is the true meaning of "Paint It Black" by the Rolling Stones? 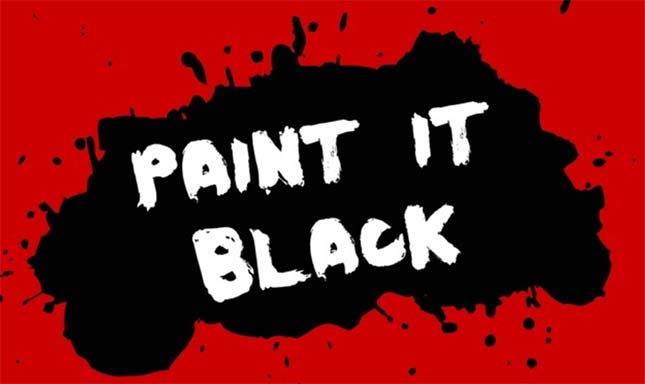 What is "Paint it Black" about?

What do the song lyrics of "Paint it Black" mean? Like "Hotel California" and so many other famous rock and roll songs from the 1960s and 1970s, it's tempting to dismiss "Paint it Black" as just another cryptically worded tune about drugs. While musicians usually are the ones trying to persuade the public that their music actually has deeper meaning, Mick Jagger, the lead singer of the Rolling Stones, offered little when asked about the meaning of "Paint it Black" and almost seemed OK with it being written off as just another song about drugs:

"That was the time of lots of acid. It has sitars on it. It's like the beginnings of miserable psychedelia." Mick Jagger on "Paint it Black"

"Paint It Black" may have been partly inspired by just another bad acid trip, but it wasn't difficult for Hollywood to connect the meaning of the song to the Vietnam War. After all, the song was released in 1966 while the war was still in full swing. "Paint it Black" plays over the closing credits in Stanley Kubrick's Vietnam movie Full Metal Jacket (1983). The song was also used as the theme song for the CBS series Tour of Duty, a TV show about Vietnam War that aired from 1987-1989. Why is the meaning of "Paint It Black" so often associated with the Vietnam War?

"Paint it Black" Meaning and the Vietnam War

War is never directly referenced in "Paint it Black," but the depressed song lyrics echo feelings shared by many during the Vietnam War — civilians and soldiers alike. By the time the song "Paint it Black" was released in 1966, public opinion was already turning against the Vietnam War, which for many seemed to drag on endlessly with no end in sight. By 1970, the majority of Americans believed that the U.S. had made a mistake by sending so many troops to fight and die pointlessly in Vietnam. War and all of the death caused by it were definitely topics on people's minds.

"I see a line of cars and they're all painted black
With flowers and my love, both never to come back."

Coping with the death of a family member or friend was a sad reality for many during the Vietnam War, and death and grief show up clearly in the first verse of "Paint it Black," in the form of a funeral. In the expressionistic world of "Paint it Black," death is just as much a part of day-to-day life as a "newborn baby." That is the circle of life; as Mick Jagger laments, "It just happens every day." In the song, the narrator stoically looks on as a hearse and the other black cars in a funeral procession carry "flowers" and his "love" to a cemetery for burial. Who is this passive narrator in "Paint it Black"?

"I look inside myself and see my heart is black. […]
No colors anymore, I want them to turn black."

Apocalypse Now! Depression in "Paint it Black" by the Rolling Stones

At first, the narrator of "Paint it Black" seems like just a young man struggling with depression and grief after the death of his girlfriend. Like a moody teenager, he wants to paint everything black to match the way he feels inside. This desire for absolute blackness peaks in the song's outro when the singer goes into a full-on temper tantrum, expressing his fervent desire to see the "sun blotted out of the sky" in a fully encapsulating apocalyptic darkness of borderline Biblical proportions. Is this really just your typical teenage angst?

This might be the voice of a teenager struggling to get over the loss of his first love, but there may be more to it. The narrator might be another depressed civilian kid, but he could also be a young soldier just returned home from Vietnam. After witnessing so much death in the war, observing another funeral back at home may be enough to push him over the edge. For him, the hearse might be taking much more than the body of a loved one — it may be taking away his ability to love and feel altogether.

PTSD, Alienation and the Meaning of "Paint it Black" Song Lyrics

Depression was widespread amongst the veterans of the Vietnam War. In fact, so many Vietnam veterans returned home from the war with negative psychological side effects that the healthcare industry was forced to come up with an official name for this new phenomenon. In the 1970s, the term "post-traumatic stress disorder" (PTSD) came into use in large part due to the diagnoses of US military veterans of the Vietnam War. Veterans who witnessed the widespread bloodshed and trauma of the Vietnam War firsthand often became psychologically overwhelmed, sometimes not fully recovering if and when they were lucky enough to make it home after the war.

Like a veteran suffering from PTSD and depression, the narrator of "Paint it Black" is no longer entertained by the little things that used to amuse him back at home, like seeing girls "dressed in their summer clothes." Instead of flirting and having fun with the ladies he sees out and about, he turns away aloofly, suddenly overwhelmed by the "darkness" of his memories and past.

"I see the girls walk by dressed in their summer clothes
I have to turn my head until my darkness goes […]
I see people turn their heads and quickly look away."

The depressed narrator of "Paint it Black" pushes people away, but the people back at home aren't exactly welcoming him with open arms, either. While World War II veterans were mostly regarded as heroes upon their homecoming, Vietnam vets were often alienated or, even worse, met with anger and disdain, sometimes being yelled at and even spit on by people who, for whatever reason, blamed them for the war. Maybe it is just all in his head, but the "Paint it Black" narrator also feels as though people are keeping their distance from him, only adding paranoia to his mounting feelings of isolation and alienation.

"Maybe then I'll fade away and not have to face the facts
It's not easy facing up when your whole world is black."

A Song About Drugs? Analysis of 1960s Counterculture & "Paint it Black"

As Mick Jagger suggested, drugs do play a part in understanding the meaning of "Paint it Black." Like many veterans coping with PTSD, the song's overwhelmed narrator struggles to overcome the darkness he sees not just in himself, but in the "whole world" around him. With everyone at home looking the other way, like so many he also turns to drugs, hoping to "fade away" into a psychedelic reverie where he can ease his pain and maybe even find "love" and happiness again. Obviously, finding relief in drugs and alcohol wasn't something that only Vietnam veterans did. Many young people felt discontent with mainstream culture, and drugs were one way to escape.

While the Vietnam War plays a large role in the meaning of "Paint it Black," it was not the only political upheaval going on in the turbulent 1960s. The Civil Rights Movement was also in full swing, and for African Americans the two were very connected. In fact, in the first printing of the single "Paint it Black," the cover title was accidentally transcribed as "Paint It, Black." Were the Rolling Stones using "Paint it Black" to address the black community? The errant comma was later removed by the record company Decca Records, but the punctuation error added a mysterious and racially charged new meaning to a song already rife with social commentary. 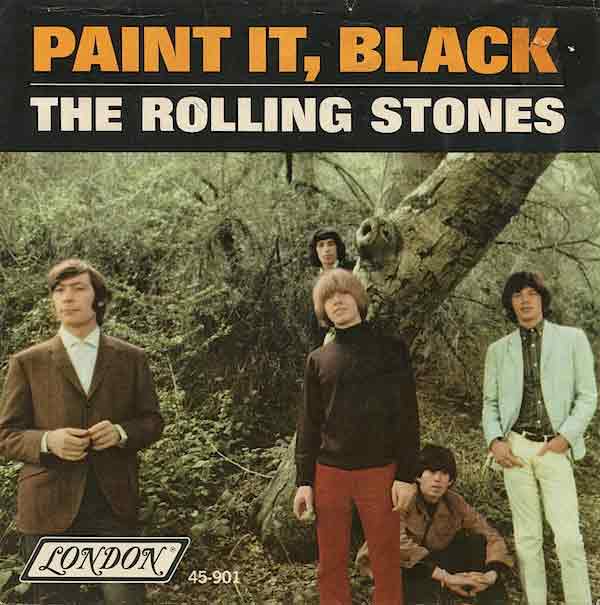 In the end, the meaning of "Paint it Black" by the Rolling Stones is up for interpretation. While Mick Jagger suggested that the song's meaning is inconsequential and perhaps influenced by drug use, "Paint it Black" endures as a classic rock and roll song because it has so many layers of meaning that indirectly connect with the experiences of a variety of different people living and struggling in an era of political uncertainty: Vietnam veterans and mourners, young members of the counterculture, Black Americans struggling during the Civil Rights movement and really anyone experiencing a sense of restlessness and dissatisfaction during a tumultuous time in American history.

What is the meaning and history behind the Russian Matryoshka nesting doll?